Allegro recommends a separate Tap, a Packet Broker or Mirror Port for productive network links. Please use the In-Line only if the failure of a link does not cause problems.

What is the In-Line mode?

How should the In-Line mode be used?

How do I configure the In-Line mode?

Various 1G-100G Base-T and Base-X port expansion cards, featuring RJ45, SFP+, SFP28, QSFP and QSFP28 connection options. All Allegro Netwok Multimeters with network card expansion slots support the In-Line mode by default. All expansion cards have either 2 or 4 network ports. Each card forms 1 or 2 Bridges. On expansion cards with 4 ports, the two left and the two right ports are the Bridge pairs.

The bypass cards for the Allegro Network Multimeter deliver an optical fail-over when the software bypass is not active. The bypass will be enabled when Bridge mode is active and triggered when the Allegro firmware is not running due to power off/loss, during the firmware upgrade process and/or most other instances of software/hardware failure.

Power over Ethernet bypass is not supported by the Allegro Network Multimeter. A PoE expansion card can be installed to support PoE. Alternatively a PoE injector can be used if PoE is required. 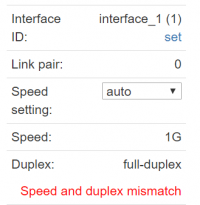 The software bypass does NOT forward :